This past 17th of November, we celebrated at Nextail's offices in Madrid, the second TejonesConf. This "unconference" that started as an inside joke (See TejonesConf 2018) has become a great event to share, to learn, and to enjoy with friends. The "unofficial" motto for this edition was "agility and product development, from experience and without smoke or shit." :) 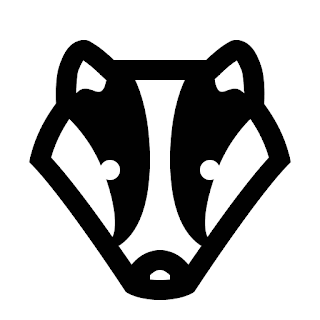 In this case, I was very involved in the organization, so in addition to trying to share in the sessions, I also tried to be aware that everything worked well.

As the nextail office is a multi-floor villa, we were able to organize the openspace using different spaces. For the sessions, we used three rooms with capacity for 10-15 people, which also had whiteboards and monitors. We also had a garden for the barbecue and a complete floor for lunch. 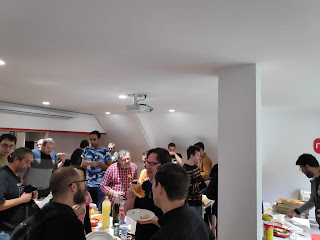 Due to the weather, we were not able to do sessions in the garden, but at least we were able to prepare some barbecue for lunch.

This is the list of sessions that were proposed: 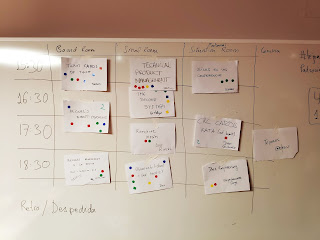 Additionally, we had a session to think about the next steps for Honey Badgers and see what to do in the future editions. 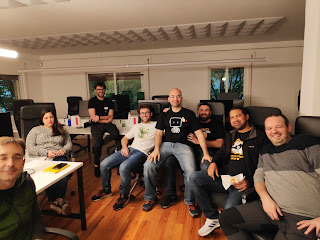 The level of the attendees was incredible... near 40 friends... all of them, great developers, tech managers, product managers, etc.
In addition to the honey badger group itself, we had friends from a lot of reference companies (Nextail, Mimecast, Toughtworks, TrustYou, Eventbrite, Amadeus, BotXo, Zooplus, Clarity, Codesai, Alea Soluciones, Jobandtalent, Cabify, Expedia, Minsait, Sysdig, etc.)... 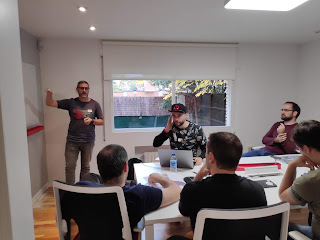 As it was a small openspace, we decided that each one of the honey badgers could invite a few trusted people... I have to admit, I got a little bit crazy and invited a lot :)  (but there are so many exciting people).


To improve for the next edition

Conclusions and things that worked well

I'm still surprised at how far this tribe has come. I am very proud of both the conference and what we have achieved as a group... It is incredible how easy is to share knowledge and learn when you're surrounded by people passionate about our profession and eager to share. It was a great openspace, and I can't wait to organize next year's... 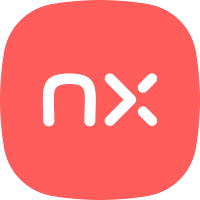 A lot of thanks to our unique sponsor, Nextail, that provides us an incredible venue and pay part of the food and drinks.