One of the most impressive things about this last year is the great tech team generated at TheMotion. Another impressive thing is the platform, but it deserve another blog post...

When I arrived to TheMotion, I couldn’t say that the tech team had bad members, but the practices were not the best for the level of change and the scale required.

For example, some silos started to appear (front end, back end, video, etc), there was a tendency to generate feature branches that lived forever and the deployment and infrastructure was semi manual and without a good cadence for putting increments in production. For example, there were two environments, staging and production, and sometimes a feature could live in staging for more than a week before going to production.

Another “weird” practice was that the code was owned by only one developer, so there was some kind of “pipeline” for development for each feature that generate tons of integration work and coordination problems.

This was the starting line, but with some work, mentoring and sometimes being a little bit “radical” with the approach about agility, all of these practices and tech culture changed for the better.

From the beginning, the eagerness to learn and to make continuous improvements allows us to change our behaviour very deeply. You can have the fortune to work with very talented people, but if each one work individually and they are not aligned, the result can be worse than working with no so talented people that work as a team. So it was clear to me that the most important thing was to align all this talent to share a vision, practices and culture.

I think that having enough “mentoring power” for the size of the team is key. For example, I can myself teach some of the XP practices, but this is not enough when the team have ten members. To improve this, the collaboration of Modesto San Juan and Alfredo Casado from Carlos Ble y Asociados (now codesai) was key, because the message was clear and the impact of three persons focused on transmitting the practices was powerful enough to generate the change… It's always important to have critical mass and generate early adopters that helps to spread the change :-) 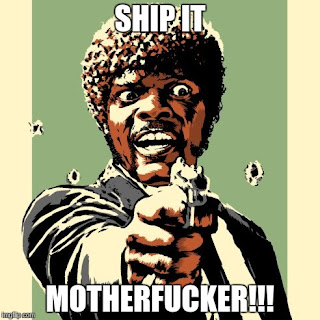 In parallel to introducing modern agile practices, there was another change going on… the generation of a high performance team. A team of people that trust each other, that want to learn together and that have no problems to have conflicts or propose different technical solutions… I can’t explain how we made this change, from a group to a team… I can only say that if you treat people as adults, try to help anyone and learn from others, the magic can happen. It is like being a gardener, you can plant flowers and take care of the environment (protecting the team, being an example of the change that you want, making the culture explicit, etc), nothing more, only water the garden.

In this case, the magic happened and the group growth to become a team… a great development team, the Honey Badger team :-) 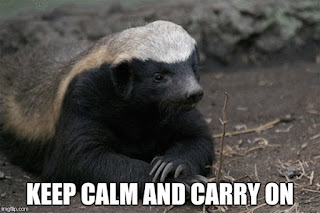 Right now, our practices include, continuous delivery (several times a day), TDD, simple design, immutable infrastructure, infrastructure as code, collective ownership and we work as a high performance team with our own identity and a high level of trust…. And this change only in 15 months…

Some of the actual Honey Badger team at https://www.themotion.com/about/

Shared ownership, in my opinion, is the fundamental thing a dev team needs to create a successful product. A shared success culture.